After crash-landing on an alien planet, the Robinson family fight against all odds to survive and escape, but they’re surrounded by hidden dangers. 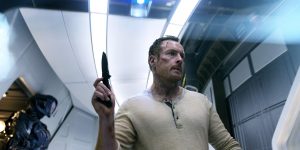 Maxwell Jenkins as Will Robinson

💌 Subscribe to our newsletter, follow us on google news, facebook, twitter or instagram.
Lost In SpaceAdventureCastCharactersDramaFamilylost in spaceNetflix SeriesLost in Space
« Previous
Netflix Series “Anne with an E” Cast and Characters
Next »
Critter Fixers: Country Vets Season 1 Release Date on Nat Geo Wild; When Does It Start?