American Idol, American reality television series in which aspiring singers competed for a recording contract and a shot at wealth and fame. Following its debut on the Fox network, American Idol (2002–16) became one of the most-watched shows in the United States and produced numerous imitations. After a two-year hiatus, it returned to TV in 2018, airing on ABC.

Several winners of the contest became recording sensations, most notably Kelly Clarkson, the winner of season one, and Carrie Underwood, the winner of season four. Other winners included Ruben Studdard, Fantasia Barrino, Jordin Sparks, David Cook, and Kris Allen. Proving that success on the show was not necessarily a prerequisite to success in show business, Jennifer Hudson was voted off in season three but went on to win an Academy Award for her performance in Dreamgirls (2006), and Chris Daughtry, a finalist in season five, scored multiplatinum success with his hard rock band Daughtry. Adam Lambert, the runner-up in season eight, had success as a solo artist and also collaborated with the British rock band Queen, replacing deceased singer Freddie Mercury when the group performed live (as Queen + Adam Lambert). 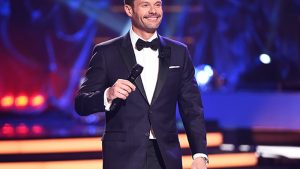