STARZ released the official trailer and key art today for its new comedy series “Run the World,” created by Leigh Davenport (The Perfect Find, “Wendy Williams: The Hot Topic,” BET’s “Boomerang”) who will executive produce alongside showrunner Yvette Lee Bowser (“Living Single,” “black-ish,” Lionsgate’s “Dear White People”). The new STARZ Original Series will premiere worldwide on Sunday, May 16 across all STARZ platforms including at 8:30PM ET/PT on STARZ in the U.S. and Canada, and will air day and date internationally on the Starzplay premium streaming platform across its complete footprint in Europe, Latin America and Japan.

Set in Harlem, “Run the World” follows a group of smart, funny, and vibrant thirty-something Black women – fiercely loyal best friends – who live, work and play in Harlem. As they strive for world domination, they each navigate career highs and lows, hookups and heartbreaks that causes them to re-evaluate who they are and where they are going. At its core, it’s an authentic and unapologetic show about enviable friendship and not only surviving – but thriving together. The series, which exemplifies STARZ #TakeTheLead commitment, stars Amber Stevens West (“The Carmichael Show”) as “Whitney,” a perfectionist who almost always plays by the rules; Andrea Bordeaux (“NCIS: Los Angeles”) as “Ella,” an audacious romantic, who is figuring out what she truly wants both personally and professionally; Bresha Webb (“Marlon”) as “Renee,” the vivacious, soon-to-be-divorced diva with a seemingly thriving career; and Corbin Reid (“Valor”) as “Sondi,” an erudite professional who begins to reevaluate both her career and personal priorities. 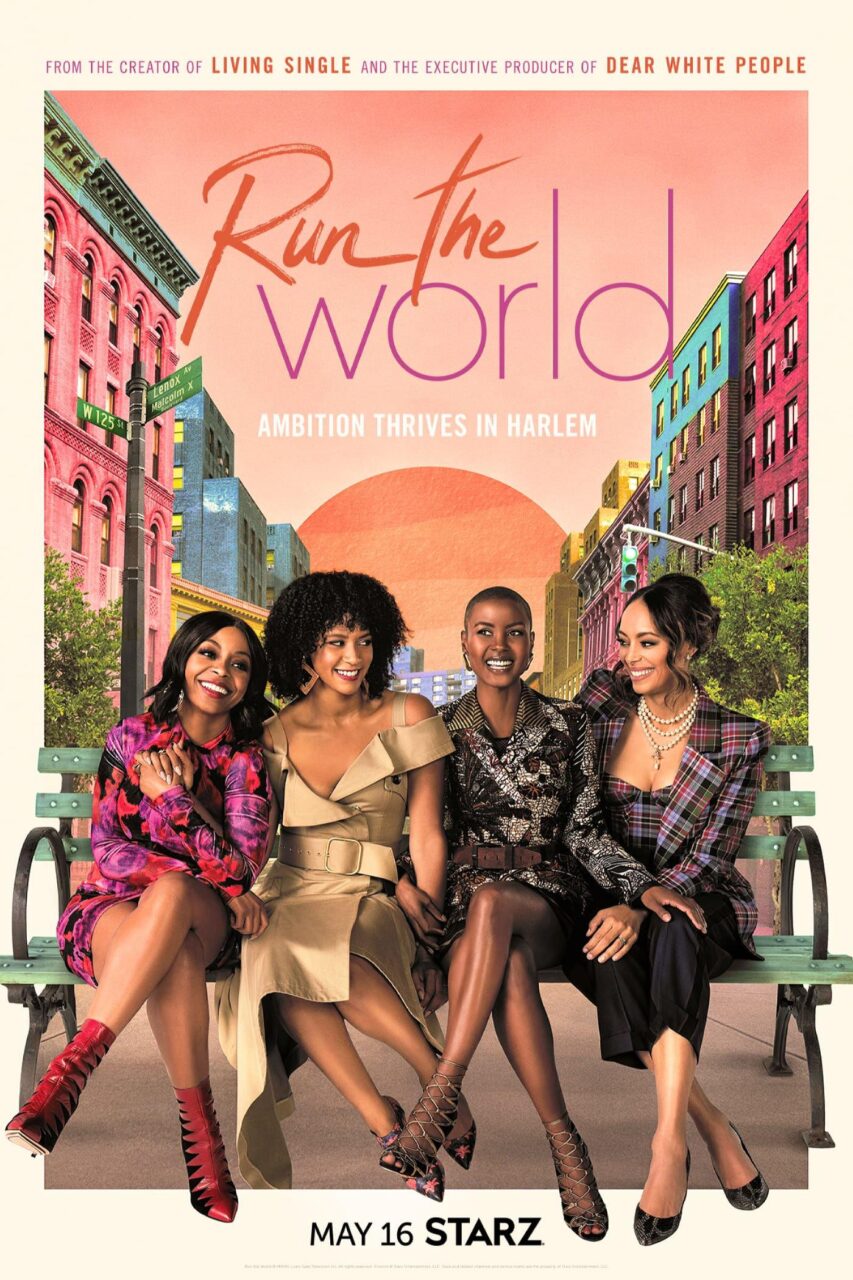 STARZ recently launched its #TakeTheLead initiative, the company’s comprehensive effort to deepen its existing commitment to narratives by, about and for women and underrepresented audiences. The network released an inclusion study in partnership with UCLA’s Center for Scholars & Storytellers, which revealed that Starz leads the industry with 63.2% series leads who are people of color, 54.6% female showrunners and a 75% female executive team.

Starz (www.starz.com), a Lionsgate company (NYSE: LGF.A, LGF.B), is the global media company taking the lead in streaming premium content that spotlights a spectrum of women both in front of and behind the camera for audiences worldwide. Starz is home to the flagship domestic STARZ(R) service, including STARZ ENCORE, 17 premium pay TV channels and the associated on-demand and online services, as well as the proprietary and highly-rated STARZ app. In 2018, Starz launched its Starzplay international premium streaming platform and, coupled with its Starz Play Arabia venture, has since expanded its global footprint into 55 territories throughout Europe, Latin America, Canada, Japan and India. The essential complement to any subscription platform, STARZ and Starzplay are available across digital OTT platforms and multichannel video distributors, including cable operators, satellite television providers, and telecommunications companies around the world. Starz offers subscribers thousands of distinct premium television episodes and feature films, including STARZ Original series, first-run movies and other popular programming.

Combining the STARZ premium global subscription platform with world-class motion picture and television studio operations, Lionsgate (NYSE: LGF.A, LGF.B) brings a unique and varied portfolio of entertainment to consumers around the world. Its film, television, subscription and location-based entertainment businesses are backed by a 17,000-title library and the largest collection of film and television franchises in the independent media space. A digital age company driven by its entrepreneurial culture and commitment to innovation, the Lionsgate brand is synonymous with bold, original, relatable entertainment for the audiences it serves worldwide.