SHOWTIME today announced a virtual farewell event open to all fans of the hit comedy series SHAMELESS on Sunday, April 11 at 10 p.m. ET/7 p.m. PT, immediately following the show’s final episode. The two-part experience, which will take place at GallagherHouse.com, will begin with a cast reunion. From reminiscing about how they earned their now-iconic roles to discussing what it was like to end an 11-season story, this marks the first time the cast will look back together at the hit series. 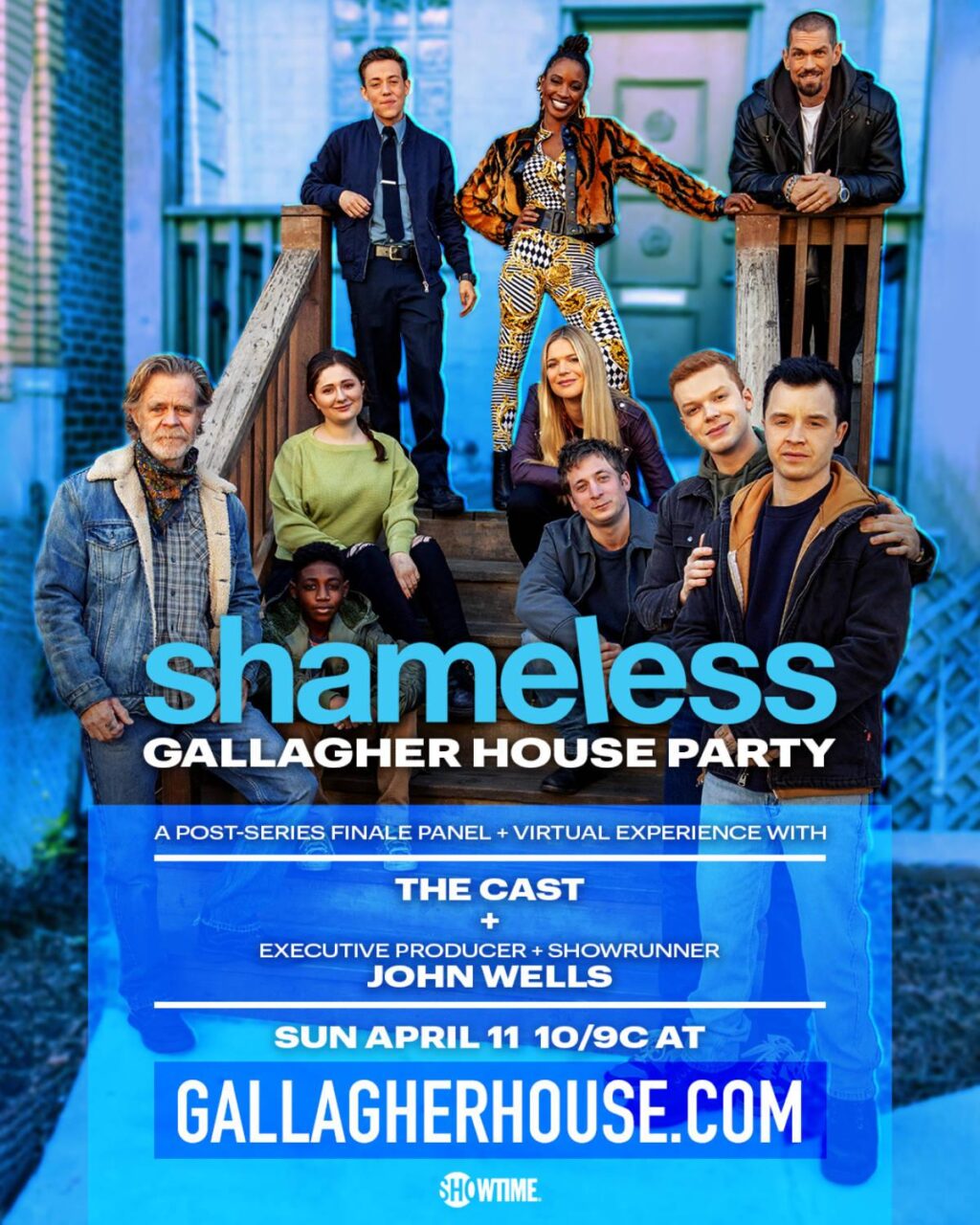 “Working with the amazing cast and crew of SHAMELESS for the past decade has been a joy like no other,” said Wells. “As we sadly prepare to bring the Gallagher story to a close, we knew we had to celebrate with a bash honoring not just those who have brought the series to life, but also the fans who have been with us every step of the way. In this virtual world, we can do that in the truest sense of the word, bringing both our diehard viewers and the characters they love back to where it all started: the Gallagher house.”

The virtual Gallagher House will provide an immersive, 360-degree first-person experience to fans. From Fiona’s F-Off mask to the ever-present baseball bat by the front door, every detail at the house will bring fans back to the home base they know and love. SHAMELESS afficionados will be also able to discover hidden “easter eggs” and unlock exclusive, never-before-seen content from the series.