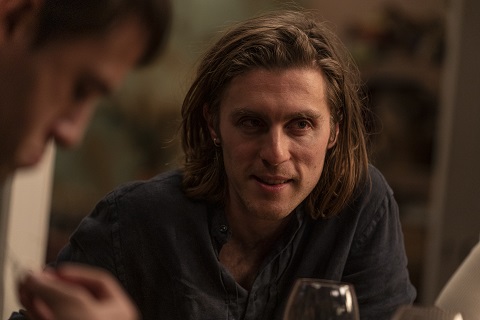 Chloe – Erin Doherty as Becky and Pippa Bennett-Warner as Livia 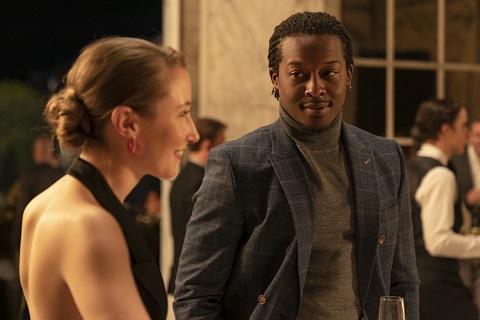 Today, Prime Video and BBC One released first-look images for the much-anticipated psychological thriller Chloe, from Mam Tor Productions. Created by Alice Seabright (writer/director, Sex Education), the six-episode series will premiere this winter on BBC One and BBC iPlayer in the UK, and on Prime Video in the U.S. and more than 240 countries and territories worldwide.

Chloe follows Becky Green (Erin Doherty), who has been watching Chloe Fairbourne (Poppy Gilbert) via her perfect social media images for some time. Chloe’s charmed life, adoring husband, and circle of high-achieving friends are always just a click away, and Becky can’t resist peering into a world that contrasts so starkly with her own, as she cares for her mother, who has early onset dementia, in their small seaside flat on the outskirts of Bristol, England. When Chloe suddenly dies, Becky assumes a new identity and infiltrates the enviable lives of Chloe’s closest friends to find out what happened to her.

The newly released episodic images show Becky and her alter ego, Sasha, as she manufactures situations in order to meet Livia (Pippa Bennett-Warner) and Chloe’s other friends, to get to the truth of what really happened.

Chloe (6×60) is a co-production between BBC One, Mam Tor Productions, and Amazon Studios, and was commissioned by Piers Wenger, director of BBC Drama and Charlotte Moore, BBC chief content officer. It is created, written, and directed by Alice Seabright, who also serves as an executive producer. The series producer is Joanna Crow (Giri/Haji) and the second block director is Amanda Boyle (Skins). Executive producers are Tally Garner (Jonathan Strange & Mr Norrell) and Morven Reid (Pure) for Mam Tor Productions, and Ben Irving for the BBC.

Banijay Rights is the international distributor for Chloe, with the business’ Matt Creasey, EVP Sales and Acquisitions serving as broker of the exclusive worldwide SVOD deal with Prime Video.

Prime Video offers customers a vast collection of movies, series, and sports – all available to watch on hundreds of compatible devices.

Prime Video Channels: Prime members can add channels like discovery+, Paramount+, BET+, EPIX, Noggin, NBA League Pass, MLB.TV, STARZ, and SHOWTIME – no extra apps to download, and no cable required. Only pay for the ones you want, and cancel anytime. View the full list of channels available at amazon.com/channels.

Instant access: Watch at home or on the go with your choice of hundreds of compatible devices. Stream from the web or using the Prime Video app on your smartphone, tablet, set-top box, game console, or select smart TV.

Enhanced experiences: Make the most of every viewing with 4K Ultra HD- and High Dynamic Range (HDR)-compatible content. Go behind the scenes of your favorite movies and TV shows with exclusive X-Ray access, powered by IMDb. Save it for later with select mobile downloads for offline viewing.

Prime Video is just one of many shopping and entertainment benefits included with a Prime membership, along with fast, free shipping on millions of Prime-eligible items at Amazon.com, unlimited photo storage, exclusive deals and discounts, and access to ad-free music and Kindle eBooks. To sign up or start a 30-day free trial of Prime, visit: amazon.com/prime.

Mam Tor Productions is an independent television production company capitalising on Tally Garner’s decade-long experience as a literary agent at Curtis Brown, as founder and Head of Film and Television at Cuba Pictures, and as Senior Development and Production Consultant at the BFI in the Film Fund. Her previous credits include producer BOY A, starring Andrew Garfield, directed by John Crowley and winner of five Television Baftas, and BROKEN, starring Tim Roth, Cillian Murphy and Rory Kinnear and winner of Best Film at the BIFAs. She also exec-produced LONDON ROAD based on the acclaimed National Theatre play and starring Olivia Colman, and the seven-part adaptation of bestselling novel JONATHAN STRANGE & MR NORRELL for BBC1. Head of Development, Morven Reid, worked in continuing drama for BBC Scotland, script edited C4’s PURE and A DISCOVERY OF WITCHES 2 for Sky before joining Mam Tor in 2019. Rachel Harvey joined as Development Exec from the BBC in 2021.