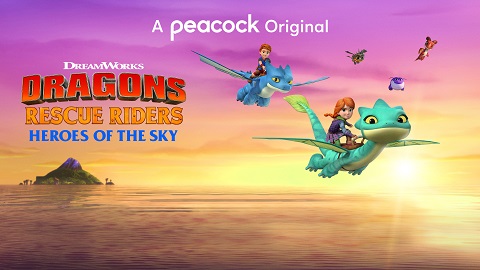 · In a faraway corner of the viking and dragon world, DreamWorks DRAGONS RESCUE RIDERS: HEROES OF THE SKY is the next chapter following the adventures of viking twins Dak and Leyla, who were rescued and raised by dragons, growing up learning to speak their language. Along with young dragons Winger, Summer, Cutter and Burple, they defend and protect other dragons on exciting adventures around their home of Huttsgalor.

· It’s holiday time in New York, and Melman is determined to add another sticker to his yearly “Nice” list! When he meets Hank, a goose who has been separated from his family, he, Alex, Marty and Gloria embark on a wild goose chase around the city to reunite Hank with his merry flock. 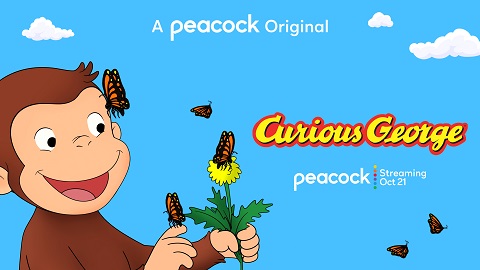 · The CURIOUS GEORGE(R) Season 14 voice cast includes Emmy(R) award winner Frank Welker (Scooby Doo and Guess Who?) returning as the voice of Curious George(R) and Jeff Bennett (The Loud House) as The Man with the Yellow Hat.

· CURIOUS GEORGE(R), created by Margaret and H.A. Rey, is copyrighted and trademarked by Houghton Mifflin Company and used under License.

· Peacock is home to a robust collection of CURIOUS GEORGE(R) films and TV episodes, which includes seasons 1-13 currently streaming.

· In the new season of DreamWorks MADAGASCAR: A LITTLE WILD, Alex, Marty, Melman and Gloria are back in the New York City swing with adventures in and out of “A Little Wild” rescue habitat. Alex deals with some major jealousy issues when Ant’ney goes viral, Marty gets himself locked inside the public library, the gang helps Melman make it through his first-ever night away from the habitat, and Gloria struggles to cope with saying goodbye when Lala decides she’s ready for a bigger pond.

· Loveable foursome Alex the Lion, Marty the Zebra, Melman the Giraffe and Gloria the Hippo steal the show in MADAGASCAR: A LITTLE WILD, executive produced by Johanna Stein (Kung Fu Panda: The Paws of Destiny). Capturing the iconic personalities of each of the four dynamos, Madagascar: A Little Wild showcases the team as kids residing in their rescue habitat at the Central Park Zoo. They might be small, but like everybody who lands in New York City, these little guys have big dreams and Madagascar: A Little Wild will follow all of their adventures.