Live without limits in a world where every human appetite can be indulged. Starring Evan Rachel Wood, Anthony Hopkins, Jeffrey Wright, James Marsden, Thandie Newton, Ed Harris and more — this dark odyssey follows the dawn of artificial consciousness and the evolution of sin.

1. Dolores Abernathy PLAYED BY EVAN RACHEL WOOD
A host who prefers to see the beauty in the world, Dolores spends her days around the family ranch, dreaming of a bright future. 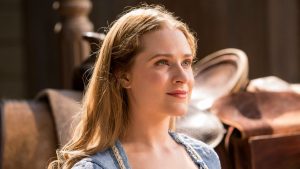 2. Teddy PLAYED BY JAMES MARSDEN
A handsome transient with a quick draw and a dark past, Teddy is a mysterious host who longs for a simpler life.

3.Maeve Millay PLAYED BY THANDIE NEWTON
Elusive, seductive, and tough as nails, Maeve is the host madam who runs the Mariposa Saloon.

4. Man In Black PLAYED BY ED HARRIS
A guest at the park with a penchant for violence, the Man in Black is on a mysterious mission in search of a deeper level to the park. 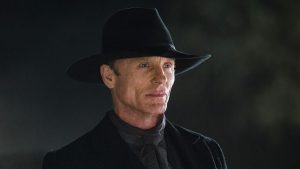 5. Dr. Ford PLAYED BY ANTHONY HOPKINS
The Park Director of Westworld, the hosts are Dr. Ford’s creations and the park is the execution of his vision.

6. Bernard Lowe PLAYED BY JEFFREY WRIGHT
The head of Behavior and a programming specialist at Westworld, Bernard uses his extensive skill and experience to address host issues. 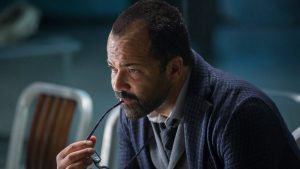