Set in an alternate history where masked vigilantes are treated as outlaws, Watchmen embraces the nostalgia of the original groundbreaking graphic novel of the same name while attempting to break new ground of its own. 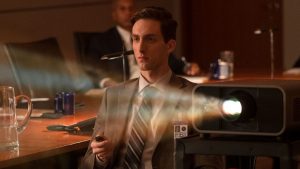 Angela Abar
Played by REGINA KING
She wears two masks, one as a wife and mother of three and one as a lead detective in the Tulsa Police Force.

Judd Crawford
Played by Don Johnson
Former portrayer of Curly in Oklahoma!, now the The Chief of Police in actual Oklahoma.

Laurie Blake
Played by Jean Smart
To catch a vigilante, it takes a vigilante… preferably one with impeccable comedic timing.

Mr. Philips
Played by Tom Mison
A devoted servant and a worthy adversary.

Ms. Crookshanks
Played by Sara Vickers
So very much more than just a maid. 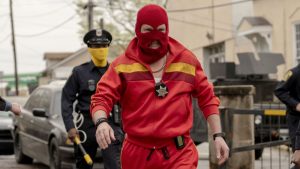 Red Scare
Played by Andrew Howard
The best thing to come out of The Cold War.

The Lord
Played by Jeremy Irons
An elegant british lord with a lot of free time. 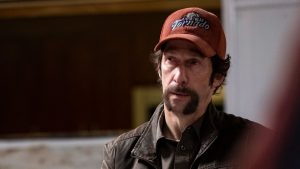 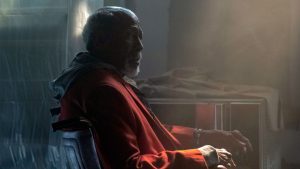 Will Reeves
Played by Louis Gossett Jr.
An elderly gentleman on a mysterious mission to reveal a vast and insidious conspiracy.

Joe Keene Jr.
Played by James Wolk
The only 2020 Candidate worth knowing about. 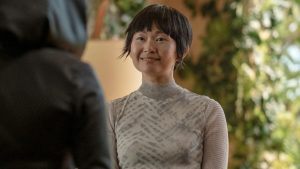 Lady Trieu
Played by Hong Chau
A reclusive and eccentric trillionaire who will most certainly not tell us what she’s up to until it’s too late to stop her.