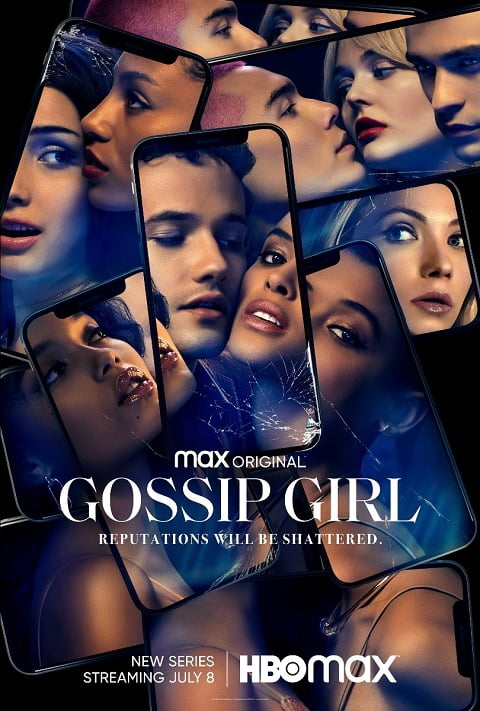 In celebration of the premiere, HBO Max and MONSE will unveil 22 unique looks inspired by “Gossip Girl” and the iconic private school uniforms of Constance Billard School. Taping in New York City, the fashion show will stream in real time for fans around the world on HBO Max YouTube, “Gossip Girl” TikTok & Facebook and the “Gossip Girl” homepage on HBO Max on July 7 at 9PM ET. In addition to the runway show, the livestream will also feature:

· A behind the scenes look with “Gossip Girl” costume designer and stylist, Eric Daman, at the incredible wardrobe from the series and a glimpse at the creative process behind each fabulous look.

· A sit down with MONSE co-founders and creative directors, Laura Kim and Fernando Garcia, for an intimate conversation with social media sensation and style guru, Ashley aka “@bestdressed,” to discuss how “Gossip Girl” was the muse for their fall 2021 collection – a rebellious reimagination of the private school uniform.

· A tutorial from a beauty insider to teach viewers how to achieve the fresh and expressive makeup looks featured in the fashion show.

Developed by showrunner Joshua Safran, a writer and executive producer on the original series, this extension of the pop culture classic takes us back to the Upper East Side finding a new generation of New York private school teens being introduced to social surveillance nine years after the original blogger’s website went dark. The series is based on the bestselling novels by Cecily von Ziegesar and the original show, developed by Josh Schwartz & Stephanie Savage, which ran from 2007-2012 on The CW.

MONSE is a NYC-based luxury label founded in 2015 by Laura Kim and Fernando Garcia, who also serve as Creative Directors at Oscar de la Renta.

The MONSE collections are inspired by menswear and classic tailoring with a deconstructed perspective. Elements like twisted tailoring, cascade hems, and slashed silhouettes are amongst the label’s distinguished design details. MONSE is a line for modern woman who seek to stand out from the crowd without compromising her effortless demeanor.

Brand offerings include women’s RTW including unisex styles and accessories that can be found at fine retailers around the world.